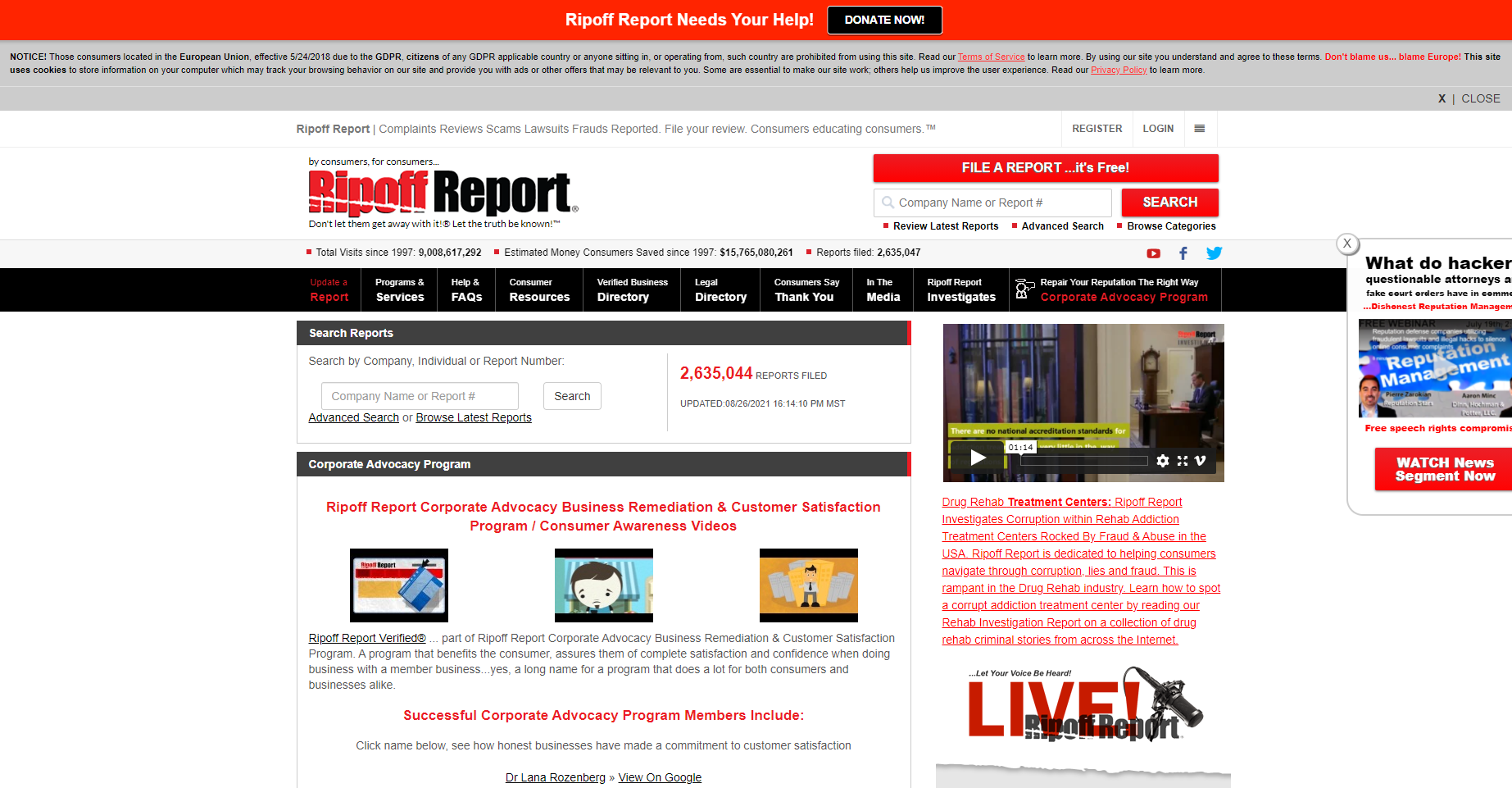 Look at it this way – one of the strongest arguments that our “haters” love to make is that we won’t remove reports even when a court has determined that the report is false.

Because humans generally find it easier to believe simple explanations and simple arguments, this argument has really been widely accepted as showing that ROR’s business practices are “appalling” (to quote the Florida court ruling in Giordano).

But here’s what nobody ever stops to consider – the f-ing courts have determined that O.J. Simpson was not guilty of killing his wife. The courts also determined that Casey Anthony was not guilty of killing her child and throwing her body in a swamp so that she could go out partying. The F Courts also put people to death and let them sit on death row, this is after one or 2 jury trials, countless appeals and all kinds of witnesses’, .. to only find out later, that gee whizz, ooops!, .. they were not guilty after all!

What does this prove? Simple – courts are not GOD. Courts make mistakes, and courts don’t always reach the correct conclusion. (With criminal cases, the biggest problem is with prosecutorial misconduct, corruption and those that just want a conviction and don’t care how they get it.)

This is why when a criminal defendant is found not guilty, the media and newspapers are not required to remove every story about the case….they just explain how the case turned out.

Just because someone makes an allegation against you which is later shown to be untrue DOES NOT mean that you get to prevent the entire world from knowing what happened.