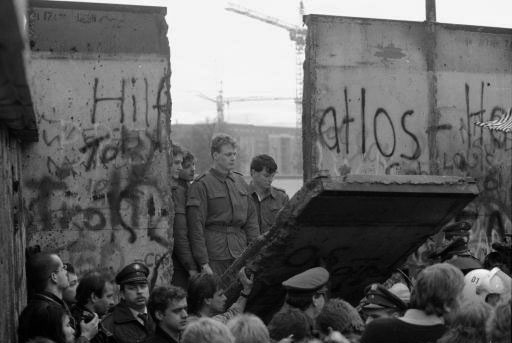 So, you think the Cold War ended in 1991? Think again. This time it’s not the Soviet government going after the West, it’s Russian web scammers who go by the names of scaminformer.com, scamfraudripoff.com, complaintsboard.com, pissedconsumer.com  and many, many others from some the past and new sites created all the time. Like Internet Whack-A-Mole, every time one of them gets caught, they anonymously start another website.

The Internet community is fighting back, as are courts AROUND THE WORLD, but more and more people are getting scammed every day. These criminals outright COPY AND STEAL the actual reports directly from ripoffreport.com, and post them on their own websites.  Some of them THEN contact the owners of companies mentioned and blackmail them into paying saying they’ll take DOWN ALL COMPLAINTS off their website…

So why should you care?  At a very basic level, it may appear that consumer complaints should get as much exposure as possible.  And we don’t disagree with that.  But consumers choose Ripoff Report as their forum because we have a track record of protecting the consumer since 1997.  We don’t take down posts from Ripoff Report for money, we don’t cower to bullies who threaten or file lawsuits. We do offer the Ripoff Report Arbitration program to address false statements and the Corporate Advocacy Program to help businesses improve their customer service. Here are a list of our services.  In order to survive, Ripoff Report had no choice but to offer services. Ripoff Report was not started to make money.  See edmagedson.com and Ripoff Report home page to understand more on that.

Many law firms use Ripoff Report to help consumers many times at no cost to the victims to organize class-action lawsuits. Just about every law enforcement agencies utilize Ripoff Report to aid in their investigations to help prosecute bad businesses ripping off consumers. By filing a Ripoff Report, consumer’s information may aid in pursing civil or criminal proceedings against scam artists and companies engaged in wrongdoing.

The Russian imitations, on the other hand, care only about making a quick ruble. They care nothing about the real cause. These thieves steal reports to start their own fake versions of Ripoff Report. By doing that, they undercut our power to help consumers!

We’ve already won lawsuits against many of them, and have shut many of them down and other new ones that pop up, their websites will eventually come down as well. BUT BEWARE there’ll be more soon under new names. As long as people keep visiting their websites, they’ll keep it going.  It’s not just a problem for us, but for the entire internet community. Legitimate consumer websites, law enforcement and even the media are all fighting this NEW international scourge. Google seems to be complicit with all these sites stealing content. Always depend on the real American leading consumer advocacy service on the Internet – since 1997 and still going strong! Ripoff Report Started in 1997 first as badbusinessbureau.com . I did not realize site url was spelled wrong and was live for the first 11 months that  way. Then I decided the best name to use was RipoffReport.com.

REMEMBER: Scaminformer.com, scamfraudripoff.com, pissedconsumer.com and complaintsboard.com are NOT legit as they totally ripped of Ripoff Reports content at the time this article was first published. They will not and cannot help you. They can only TAKE YOUR MONEY.  On the other hand, if you’re just looking to help the Russian underground economy…

FACT—Russian criminals are stealing reports from www.RipoffReport.com and then using them to extort money from victims in the United States.

FACT—Ripoff Report has already won several lawsuits against these criminals like pissedconsumer.com, complaintsboard.com and many others sites that were were able to shut down, and more lawsuits are pending against others.

FACT—Many of Ripoff Report’s competitors are involved in these scams.

As one of the first and oldest consumer complaint sites, Ripoff Report has spent millions of dollars and more than a decade helping to empower consumers by giving them a highly-visible platform where they can share their stories with the world.  Since 1997, our vision has always been the same—we want to help increase customer satisfaction by allowing business owners to see exactly what their customers are saying so that problems and complaints can be addressed quickly and fairly.  In this way, our goal is to benefit both customers and business owners.

Unfortunately, in the last several years we have discovered a very disturbing trend—many competing websites have been created which appear to be dedicated to the same goals as Ripoff Report, but when you look closer the story is very different…and very disturbing.  Many of these sites are based overseas (most in Russia and some in India and some make like they are in the USA, but they are not), and many are operated by shadowy figures with names that change from week to week.  Many of these sites are actually little more than extortion factories.

Their game works like this: 1.) they begin by stealing thousands of pages of reports and other original content from www.RipoffReport.com (they sometimes even copy our Terms of Service! and some even leave our contact information at Ripoff Report!); 2.) they extort money from business owner by demanding money to remove the complaints stolen from Ripoff Report.   These sites don’t care anything about helping consumers; they only care about one thing—money. When a  person or business finds text that is copied from Ripoff Report, just email [email protected] so we can do a DMCA Notice to have the content Removed.

Besides complaintboard.com and pissedconsumer.com the worst violator was www.Scaminformer.com. This site (which is no longer in operation) was created in January 2011, and when it first went online, the site contained literally tens of thousands of pages of content illegally copied from www.RipoffReport.com. In fact, not only did the site steal massive amounts of content from us, they even removed our copyright ownership information (which is a violation of federal law) and they also backdated every posting by 24 hours in an attempt to make it look like the material was originally posted on their site. Back dating content by one day or more is common.

Ripoff Report immediately filed a federal lawsuit against www.Scaminformer.com.  You can read a copy of our Original Complaint here.

Because www.Scaminformer.com isn’t a legitimate site, they failed to appear in court and we were awarded a $100,000 judgment against them.  Furthermore, the federal court issued an injunction requiring them to remove all of the material they had stolen, and to immediately stop copying material from www.RipoffReport.com.  You can read a copy of the Judgment and Injunction here.

Unfortunately, after the judgment and injunction was entered, rather than stopping its criminal conduct, www.Scaminformer.com did exactly what all scammers do—they simply transferred the site to a new owner—Eugene Selihov (also located in Russia) who now claims that he’s not stealing content from Ripoff Report and he has no idea how thousands and thousands of pages of new reports copied from www.RipoffReport.com have appeared on his website.

You can read our Amended Complaint against www.Scaminformer.com’s “new” owner Eugene Selihov here.

Sadly, this is not the only instance of other websites stealing content from Ripoff Report.  Another serious/repeat violator is www.ComplaintsBoard.com We sued that site in 2008 for stealing huge amounts of material from the Ripoff Report. You can read our Original Complaint here. They had to pay Ripoff Report and had to remove the stolen content. I was not too long after they tried again, this time altering some of the contact and then having one person just copy and past the content. Why Google is so complicit in all this is amazing and sad.

We determined that the owner of www.ComplaintsBoard.com was actually located in eastern Europe, but the owner didn’t bother to show up in court.  As a result, we were awarded a $60,000 default judgment and permanent injunction.  We were later awarded an even larger amount for legal fees and collection expenses.

But once again, this didn’t stop the criminals from continuing to unlawfully copy material from our site; they simply transferred ownership to a new company so they could try to argue that our injunction doesn’t apply to them.  As such, we recently filed another lawsuit against the new owner of www.ComplaintsBoard.com, and you can read a copy this new lawsuit here.

Incredibly, these aren’t the only examples.  In 2008 we also sued yet another so-called consumer reporting website—www.PissedConsumer.com—based on their copying of thousands of pages of content from the Ripoff Report website. You can read a copy of lawsuit against PissedConsumer here.  The owners of PissedConsumer quickly realized that it was illegal to steal material from our website, so they agreed to the entry of a permanent injunction which required them to stop this practice.  You can view a copy of the injunction here. Sadly they did not live up to their agreement. Typical for Russians who’ve learned from their corrupt leader. Take what you want from others that does not belong to you.

So, what’s the point of all this?  Simple—www.RipoffReport.com is not only one of the first and largest consumer complaint websites on the Internet, we are one of the few websites who are truly devoted to helping consumers while also assisting business owners who want to increase their sales by resolving customer complaints quickly and fairly. Check out Ripoff Report’s Corporate Advocacy Business Remediation and Customer Satisfaction Program / for short our Corporate Advocacy Program here.  All businesses make mistakes, …how they taken care of those mistakes is what separate good businesses from the rest. Any business that wants to show potential customers why they are better off spending their money with them and not their competitors, will look into utilizing this innovative program.  Here is a list of all the programs Ripoff Report has to offer.

Unlike many of our competitors, we are not based in Russia or India. We are located in the United States, and as an American-based company, we respect and comply with all U.S. laws (you can’t say the same for our competitors). Most importantly—we don’t take reports down from Ripoff Report for money and we don’t steal content from other sites. Never have, never will.

REMEMBER: Ripoff Report cares about one thing—helping consumers and businesses alike!  Our competitors don’t care about that….they only care about TAKING MONEY from victims so they can HIDE REPORTS (reports which they probably stole from Ripoff Report in the first place). Keep that in mind next time you’re thinking about posting a complaint on any site other than www.RipoffReport.com.